Well, Well Mr Wyatt Earpstein AKA Richard W. Bennett Aka Laurence W. Bennett has now reduced himself at attacking children with threats of bodily harm and using the internet to intimidate and spread false statements. Goes on Facebook under an assumed name pretending to be someone he is not thus violating facebook policy and an actual crime to slander someone. Here’s a guy that has a criminal record as long as your arm and has the guts to accuse someone of doing the same thing. 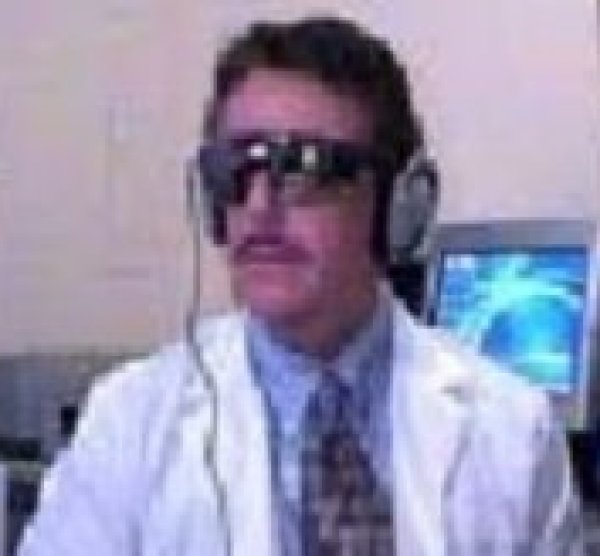 Bennett also opened a domain under the name of ROBERTPAULBENNATT.COM without the permission or authority to do so thus causing a trademark violation. On that site he has made statements without one bit of proof but going by what some attorney had filed that the Court struck down and never issued any order finding Robert guilty of any wrong doing but actually in a hearing of September 9, 2010 said attorney agreed to step down as Fidicuary and Trustee of the estate of Elizabeth Swanson as not to be prosecuted for Ethical Violations and being sued along with his law firm and be replaced by an attorney requested by Robert Bennett to Administer and act as Trustee which the Court approved. In a concealment of assets case the same attorney made certain claims as to how Robert Bennett acted as having a Durable Power of Attorney with regard to his mothers finances and accused Robert Bennett of certain misdoings which in deposition and providing a full accounting of his mothers finances and business was found to have done no wrong.

Bennett also accused Robert of stealing $50,000.00 for his own enjoyment which again through deposition and accounting was found to be untrue. In fact Robert had spent almost $700.00 of his own funds over and above those of his mothers. Bennett also accused Robert of abusing his POA to open annuities with New York Life which again is untrue. Those annuities were opened in his mothers name with him as beneficiary at his mothers request and was approved by both New York Life Annuity and Insurance Corporations Legal Council and that of J.P. Morgan Chase Banks Legal Council. Robert had to produce his DPOA and Trustee Documents to them for this to even happen. Robert even had witness statements as to his mother approving what he had done.

Bennett stated on this domain site that there are reports from Adult Protective Services and the Court to support his site when in fact that is also untrue. The attorney that was removed claimed that Robert abused his mother but when investigated the Stark County Prosecutor refused to go forward as well as the Court and refused to submit any witnesses at a hearing for Guardianship held on February 15, 2011. It was also found out at that hearing that this attorney did not even have a fee agreement with Elizabeth but a verbal one and this shocked the Court because this attorney was looking to get Guardianship of an 82 year old woman he claimed to be incompetent but three weeks previously stated her to be competent when totally changing her estate plan.

I can go on but anyone with a brain can see what’s going on here. Bennett also claimed on this domain site that Robert removed the remains of his step-father, Jack Swanson for his resting place in Mt. Tahoma, Washington when in fact it was his mothers wishes to stay in Ohio and that he and his mother be placed together. Robert contacted the Veterans Administration as well as his fathers two brothers to get permission to relocate his father from Washington to Ohio. That request was approved by both the VA and his brothers. Robert and his son Adam (the one attacked by Bennett) flew to Tacoma, Washington and returned with his father who had actually been cremated when he passed away on August 1, 2005. Robert and his family placed his father and mother together in the same burial site at the Western Reserve National Cemetery in Rittman, Ohio as his mother had requested on May 28, 2011 (Two years today). His mother passed away on March 5, 2011. Robert kept his promise to his mother and father and has nothing to be sorry for but Bennett has much to be sorry for.

Bennett also opened the domain site under Richard Bennett with an address of 9798 Whiskey Creek Rd., Tallamook, Oregon 97141. The problem is with this is that when the Court tried to serve him at that address the certified mail came back as not deliverable because that address was vacant. When we investigated that address it was found to be in a foreclosure for lack of payment and under another persons name.

Bennett is now attacking Robert over his military career which is by itself comical when you see a rotten SOB that was Dishonorably Discharged for Desertion and also claimed to have received the Silver Star and Purple Heart yet upon investigation there is no information shoeing that a Laurence W. Bennett ever received any such rewards. He accuses Robert of not being in Vietnam but wearing the medals. In 1967 the U.S.S. Saratoga and U.S.S. America Battle Groups were stationed off Lebanon during the Six Day Egypt/Israel War and the attack on the U.S.S. Liberty by Israeli forces thinking it was an enemy ship. During that deployment the U.S.S. Forrestal while on station at Yankee Station in the Gulf of Tonkin had a mayor explosion on her rear flight deck by a runaway rocket that hit the plane of John McCain and set the entire rear deck ablaze. The U.S.S. Saratoga Battle Group was ordered to separate form the America Battle Group and precede to the aid of the Forrestal with we did and was used as protection to bring her back through the Suez Canal into the Med so she could safely return to the US for repairs. All Naval Carrier groups operated out of Yankee Station in the GULF OF TONKIN, which is and always was the gulf’s name and not just in 1972 as Bennett stated. The United States Navy sent me paper work stating that I earned those medals for entering the battle zone and coming to the aid of the Forrestal which by the way was our sister ship. She was CVA-59 and we were CVA_60 and when both had been retired were even moored together in Rhode Island.

With all this said I will not remove anything that I have posted on this site because it is all fact and my attorney’s have the original documents but for Bennett things are quite the opposite. He has slandered, harassed, abused, defamed, impersonated being someone he wasn’t by using using a domain and three different sites on Facebook to attack Robert and now one of his children with some very bad language. Give Bennett enough rope and he will hang himself and guess what???? He thinks Robert is afraid of him well guess what??? You Bennett are in for a rude awakening.

Everything on here from me is fact and not that of the administrator of this site and I release him from any liability but you Bennett is another story!!!!!!!!!!!!!! We have copied all your posting both on Facebook and GoDaddy.com and have also placed an investigation with them on your actions. Good luck Bennett because your probably going to need it and since you have all this money, cars and planes and can buy my sons neighborhood and move them out you might want to hold on to a couple of Million!!!!!!