Posted on December 10, 2011 by richardwbennett

The owner of a new private mail service in Aberdeen was arrested Tuesday for allegedly writing thousands of dollars of checks on closed accounts, according to police. 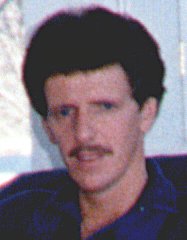 Richard Bennett, 50, signed bad checks for everything from supplies to paychecks, police say. Bennett, owner and manager of The Mailbox & More on Heron Street, is also believed to be the paroled convict who in 1986 was caught operating a phony legal referral service in Tacoma.

A 1986 article in the Seattle Times reported that a Richard Ben-Neth, once known as Laurence Wayne Bennett, had bilked clients out of thousands of dollars after setting up Attorneys’ Legal Support Services while he was in a state prison work-release facility.
Ben-Neth pleaded guilty to unauthorized practice of law, a misdemeanor. Felony charges alleging that he stole money from his clients were dropped by the Pierce County Prosecutor’s Office after the man promised he would pay back $17,000 he took from three clients, according to the article.

He is still in custody this morning.

Clarkson said the investigation, which continues, was initiated in early January after police received complaints from several former employees who said Bennett had written them bad checks for wages.

An Oregon company also told detectives that Bennett had written at least one bad check for more than $2,000 for supplies. Since then, detectives have learned of dozens more unpaid checks from three separate accounts.

Clarkson is asking anyone who may have received an NSF check from Bennett or the business to contact him at 533-3043.

This article was originally featured in The Daily World, Wednesday, February 8, 1995.